You may know the struggle of having a Bibtex file with a lot of entries in it. Using a text editor to "manage" this "database" is... well, not pleasant. Usually, text editors lack a comprehendable overview over contained Bibtex entries. For my favorite text editor geany, I decided to do something.

geany is a lightweight "programmer's text editor" that brings a few neat features like syntax highlighting for a bunch of programming languages, regex support for searches, and, my absolute favorite, the ability to not crash when opening large files.

Also, geany comes with a sidebar that is often used to list declared variables, functions, LaTeX-macros, and so on. See this screenshot: 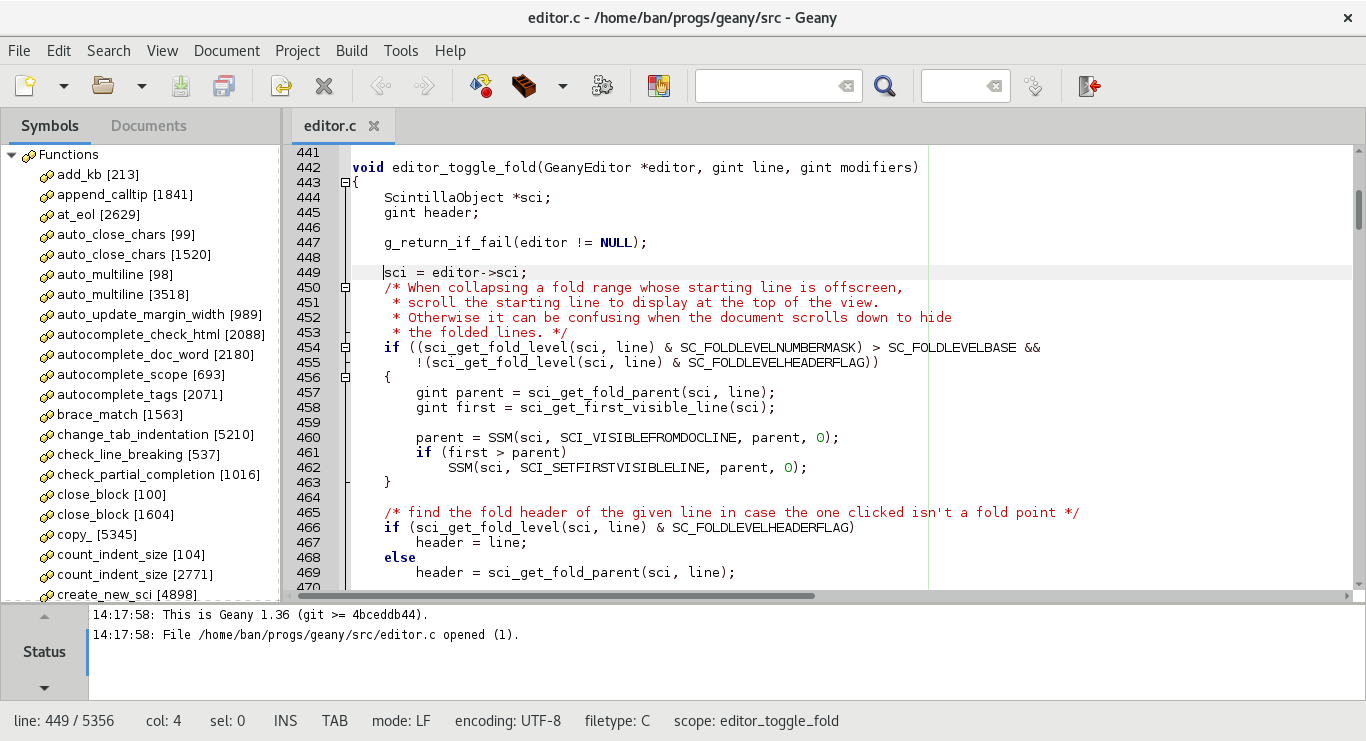 This sidebar would be the best place to list all Bibtex items present in the current file. Since geany is open source, I decided to take action and add that feature.

Shortly after cloning geany's git, I realized that it the actual parsing of the Bibtex file is not done by geany itself. Instead, the program relies on universal ctags which is "a programming tool that generates an index file of names [...]" (https://en.wikipedia.org/wiki/Ctags). It was initially written in Fortran and, luckily, ported to C recently. Unfortunately, universal ctags did not have a Bibtex parser I could've used...

After reactivating my dusted C-skills and approximately 12 gazillion commits, universal ctags now has a Bibtex parser and geany shows the Bibtex index in its sidebar:

As usual, you can click the entries and jump to it's location in the file. And, right-clicking the sidebar allows you to sort the Bibtex entries alphabetically or by their appearance in the file. Of course, these are built-in functions of the editor.

This feature has been integrated into version 1.37 of geany.