Our paper titled "Shortest path-based centrality metrics in attributed graphs with node-individual context constraints" is out now in Social Networks! 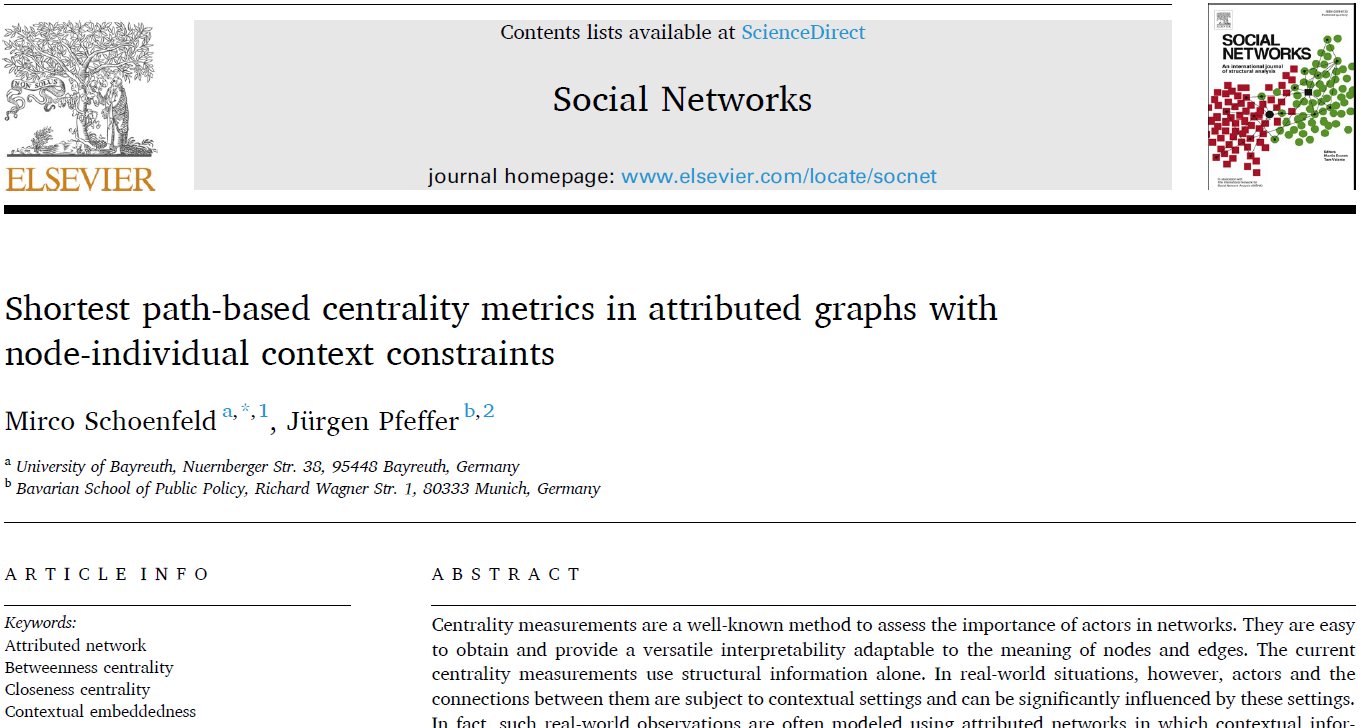 Finally out: The paper on shortest path-based centrality metrics in attributed graphs!

Use this link: https://authors.elsevier.com/a/1e0KN_8dLK%7EAVr to download the paper until 22. December 2021 before it disappears behind a paywall forever!

Network actors and their connections are subject to contextual settings. This contextual information impacts centrality calculations.

Make sure to check out nctx - the programming library for Networks in ConTeXt which was created and used for the paper! The library offers functionality to analyze attributed networks. Special emphasis lies on the inspection of the interrelation between structural and contextual data.

What's unique about this library is that it gives the network researcher the ability to enforce contextual constraints via user-defined functions during the execution of classical network analysis algorithms. Using the initial release of nctx, the researcher can influence shortest path discovery and shortest path-based centrality metrics.